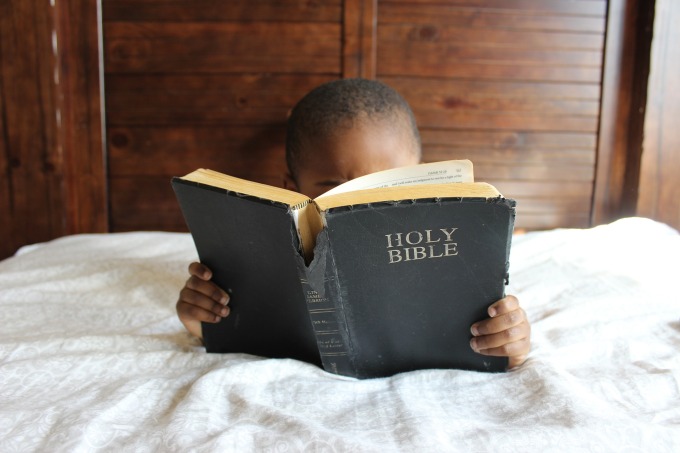 So Yahweh calls Samuel and Samuel hears the call but he’s not aware of who is calling him. He runs to the person, who usually calls him, the one who usually gives him instructions. He is aware that Eli is in his usual resting place and he knows where to find his teacher but he does not yet realize that he’s about to receive an even greater charge, a perfect friend and Guide is about to introduce himself to Samuel.

Sometimes we have people who we look up to and who are doing the best they can with their dimmed vision. People who once may have been exemplary in their zeal for Yahweh but have now become complacent and half-blind and we still feel obliged run to them for directions. We feel a nudge of the spirit of Yahweh in us and we say let me go share it with this person, who has been my guide and mentor and teacher for years; and they are good people, it is just that they have become less visionary, they have become complacent in their knowledge and compromising in their execution of their duties; they honestly cannot take you much further. Now Yahweh wants you to look and listen to him for instructions. Samuel had learned a lot from Eli in terms of service. But 3:7 says that Now Samuel did not yet know Yahweh; the word of Yahweh had not yet been revealed to him.

Samuel had lived in the temple, he served in the temple, there is no doubt that he had seen the scrolls, heard the word being read; he was a young Israelite, he must have heard stories of Israel and how Yahweh had delivered them. He knew of Yahweh, but verse 7 says he did not yet know Yahweh. He knew the word, but the verse says the Word had not yet been revealed to him. He had not yet experienced the Word of Yahweh. It is good to know of him, it is great to serve, it is excellent to desire the presence of Yahweh, but what He really desires of us is that we experience Him! As much as we read the word, he wants to let the Word come inside of us and fill us, transforming us through the Holy Spirit. He wants to introduce himself to us, not by other people’s experience, but personally to hear him and hear from him and experience him in a way that will leave no doubt of how holy He is, how loving and how worthy of our worship. He is pleased that we are familiar with His ways, but He wants us to know him intimately and to be surrounded by His presence; again, he wants us to experience him.

Samuel kept going to Eli, Yahweh kept calling him and he kept answering to the wrong person. Yahweh keeps nudging us and saying I want to share some things with you and I want to introduce my character to you, but we keep saying I want to watch some more of this preacher of that minister because they can preach. Maybe Yahweh will give me a word through these people. Or let me watch television or play this game for a few more minutes (which turn into hours), let me listen to some music on line, and have a good experience from someone else’s word, let me go read this book that everyone is raving about, maybe if I go to this source, the usual source, the people who I know have heard from Yahweh, he will talk to me through them. These things have their place, they absolutely do, but there comes a time when he just doesn’t want you to go to someone else; He wants to get alone with you, just you and he just wants you to be aware that He is calling you and he want s your response to be: here I am, you called me; speak, I am listening.

I can honestly say, that if just reading and repeating the word is what we do now, if the word has not actually gotten inside of us and melted our bones, or expanded our hearts with joy, or overwhelmed us to tears because of its personal meaning to our lives and circumstance, then we could very well be like Samuel and many others, who have not yet had the word of Yahweh revealed to us. The bible says Samuel did not yet know Yahweh. This emphasizes my point, because if Samuel is an apprentice under Eli, he must have known of Yahweh. Again, it is a personal encounter, a life transforming visitation (and this may be in a vision, a dream, a word in our ear, an experience at the altar or the ministry of a word) that changes our perspective of what we have known of Yahweh, allowing us an opportunity to be introduced and get acquainted with Him.

So Samuel is about to meet His Master for the first time. He has faithfully served, lit lamps, swept and kept the temple clean, ensured the oil flowed, helped the priest in any way necessary. Samuel was busy and dutiful and he was diligent to stay in a place, where if he was needed, no one would have to go looking for him. I will make a small segue here to say, Elder Matthew Greaves, pastor at Faith Temple Worship Center, NY spoke in May 2015 about remaining in place to receive what has been promised/sent to us. That which we prayed for, our request at day one, was heard and answered, is on its way and if we are confident that it was sent our job is not just to wait, but to be in position to receive it when it arrives. That my friend is most fitting for us who have the antsy pants attitude of moving of our own accord to do something else and be somewhere else because we do not see anything happening when we expect it to. Daniel 10:11-12 He was in position when the angel arrived with his answer, still in prayer. Zacharias in Luke 1, was in position when the angel showed up to him, he was still doing his duty and making right the wrongs of others, he was helping others with their requests. Staying in position, even though the son he and his wife had prayed for, had not yet been given to him. Samuel was where he should have been, and he was about to embark on his prophetic journey.

For more devotionals, see Sufficient For Today by Sharon Haughton on Amazon.com, Kindle and Barnes and Noble’s Nook. 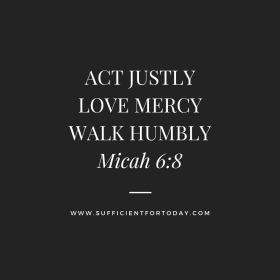 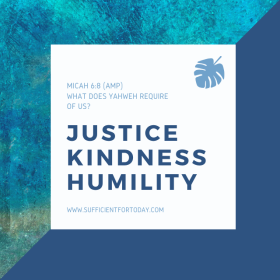